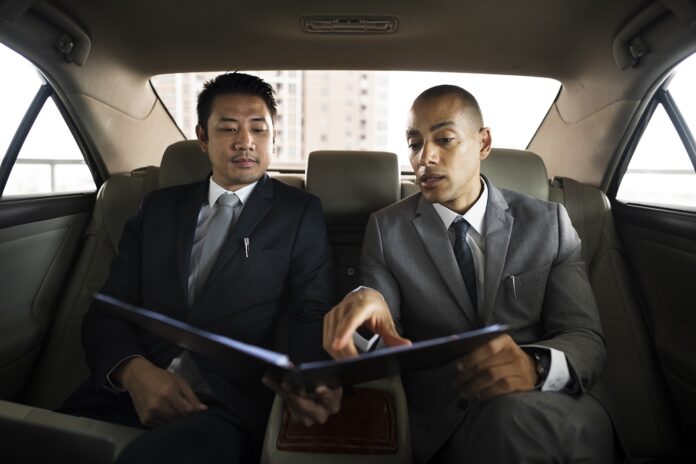 Election 2016 has prompted a wave of head-scratching on the left. Counties Trump won by staggering margins will be among the hardest hit by the repeal of the Affordable Care Act. Millions of white voters who supported Donald Trump stand to lose their access to health coverage because of their vote.

Individual profiles of Trump voters feed this baffling narrative. A Washington Post story described the experience of Clyde Graham, a long-unemployed coal worker who depends on the ACA for access to health care. He voted for Trump knowing it might cost him his health insurance out of his hope of capturing the great white unicorn – a new job in the mines. His stance is not unusual.

Why are economically struggling blue collar voters rejecting a party that offers to expand public safety net programs? The reality is that the bulk of needy white voters are not interested in the public safety net. They want to restore their access to an older safety net, one much more generous, dignified, and stable than the public system – the one most well-employed voters still enjoy.

Americans with good jobs live in a socialist welfare state more generous, cushioned and expensive to the public than any in Europe. Like a European system, we pool our resources to share the burden of catastrophic expenses, but unlike European models, our approach doesn’t cover everyone.

Like most of my neighbors I have a good job in the private sector. Ask my neighbors about the cost of the welfare programs they enjoy and you will be greeted by baffled stares. All that we have is “earned” and we perceive no need for government support. Nevertheless, taxpayers fund our retirement saving, health insurance, primary, secondary, and advanced education, daycare, commuter costs, and even our mortgages at a staggering public cost. Socialism for white people is all-enveloping, benevolent, invisible, and insulated by the nasty, deceptive notion that we have earned our benefits by our own hand.

My family’s generous health insurance costs about $20,000 a year, of which we pay only $4,000 in premiums. The rest is subsidized by taxpayers. You read that right. Like virtually everyone else on my block who isn’t old enough for Medicare or employed by the government, my family is covered by private health insurance subsidized by taxpayers at a stupendous public cost. Well over 90% of white households earning over the white median income (about $75,000) carried health insurance even before the Affordable Care Act. White socialism is nice if you can get it.

Companies can deduct the cost of their employees’ health insurance while employees are not required to report that benefit as income. That results in roughly a $400 billion annual transfer of funds from state and federal treasuries to insurers to provide coverage for the Americans least in need of assistance. This is one of the defining features of white socialism, the most generous benefits go to those who are best suited to provide for themselves. Those benefits are not limited to health care.

When I buy a house for my family, or a vacation home, the interest I pay on the mortgage is deductible up to a million dollars of debt. That costs the treasury $70 billion a year, about what we spend to fund the food stamp program. My private retirement savings are also tax deductible, diverting another $75 billion from government revenues. Other tax preferences carve out special treatment for child care expenses, college savings, commuter costs (your suburban tax credit), local taxes, and other exemptions.

By funding government programs with tax credits and deductions rather than spending, we have created an enormous social safety net that grows ever more generous as household incomes rise. It is important to note, though, that you need not be wealthy to participate. All you need to gain access to socialism for white people is a good corporate or government job. That fact helps explain how this welfare system took shape sixty years ago, why it was originally (and still overwhelmingly) white, and why white Rust Belt voters showed far more enthusiasm for Donald Trump than for Bernie Sanders. White voters are not interested in democratic socialism. They want to restore their access to a more generous and dignified program of white socialism.

In the years after World War II, the western democracies that had not already done so adopted universal social safety net programs. These included health care, retirement and other benefits. President Truman introduced his plan for universal health coverage in 1945. It would have worked much like Social Security, imposing a tax to fund a universal insurance pool. His plan went nowhere.

Instead, nine years later Congress laid the foundations of the social welfare system we enjoy today. They rejected Truman’s idea of universal private coverage in favor of a program controlled by employers while publicly funded through tax breaks. This plan gave corporations new leverage in negotiating with unions, handing the companies a publicly-financed benefit they could distribute at their discretion.

No one stated their intention to create a social welfare program for white people, specifically white men, but they didn’t need to. By handing control to employers at a time when virtually every good paying job was reserved for white men the program silently accomplished that goal.

White socialism played a vital political role, as blue collar factory workers and executives all pooled their resources for mutual support and protection, binding them together culturally and politically. Higher income workers certainly benefited more, but almost all the benefits of this system from health care to pensions originally accrued to white families through their male breadwinners. Blue collar or white collar, their fates were largely united by their racial identity and employment status.

Until the decades after the Civil Rights Acts, very few women or minorities gained direct access to this system. Unsurprisingly, this was the era in which white attitudes about the social safety net and the Democratic Party began to pivot. Thanks to this silent racial legacy, socialism for white people retains its disproportionately white character, though that has weakened. Racial boundaries are now less explicit and more permeable, but still today white families are twice as likely as African-Americans to have access to private health insurance. Two thirds of white children are covered by private health insurance, while barely over one third of black children enjoy this benefit.

White socialism has had a stark impact on the rest of the social safety net, creating a two-tiered system. Visit a county hospital to witness an example. American socialism for “everyone else” is marked by crowded conditions, neglected facilities, professionalism compromised by political patronage, and long waits for care. Fall outside the comfortable bubble of white socialism, and one faces a world of frightening indifference.

When Democrats respond to job losses with an offer to expand the public safety net, blue collar voters cringe and rebel. They are not remotely interested in sharing the public social safety net experienced by minority groups and the poorest white families. Meanwhile well-employed and affluent voters, ensconced in their system of white socialism, leverage all the power at their disposal to block any dilution of their expensive public welfare benefits. Something has to break.

We may one day recognize that we are all “in it together” and find ways to build a more stable, sensible welfare system. That will not happen unless we acknowledge the painful and sometimes embarrassing legacy that brought us to this place. Absent that reckoning, unspoken realities will continue to warp our political calculations, frustrating our best hopes and stunting our potential.

For almost thirty years I was active in Republican politics. Most recently I spent ten years as a Republican precinct committeeman in suburban Chicago.

I am a Texan in exile. While a college intern at the Texas Legislature I met a young Rick Perry, fresh off his switch f.

Montana is breathtaking in winter. Montana is known as an outdoor paradise, with its...
Read more
Health